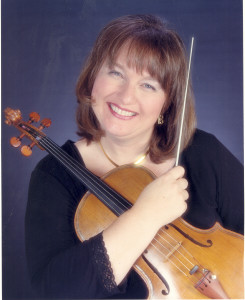 Dr. Carolyn Waters Broe, American violist, conductor and composer received her Bachelors of Music Performance from Chapman University, and her Masters in Fine Arts in Music from California State University, in Long Beach

Linda Anderson is a professional violinist with the Arizona Opera. She also performs with the Four Seasons Orchestra and the Four Seasons String Quartet of Scottsdale. Linda has performed as a member of the Phoenix Symphony for several seasons. She studied violin at the Manhattan School of Music. Linda graduated form Arizona State University in Tempe, Arizona. She has performed with numerous celebrities including singer Olivia Newton John and Native American flutist Carlos Nakai. She is featured on his album “Spirit Horses” as well as on the Four Seasons String Quartet “Wedding Album”. Linda was the first violinist on the “Miles From No Where” album that was nominated in two Grammy categories for 2000.

Michel Pokes is perhaps one of the most recognized professional freelance violinists in the Phoenix area. He is a gifted player known for near flawless performances. He spent 15 years as a member of the Phoenix Symphony and performed with the Arizona Opera Company. Mike’s love of music shows in his performances. He is a bright spot in any group. During his career he has delighted audiences with thousands of concerts including, weddings, ballets, opera, rock and roll, live musicals, churches, formal concerts, and even as a strolling violinist. He studied violin at Arizona State University in Tempe.

Karen Ball received her Bachelor of Music in Cello Performance from the Ohio State University and her Master of Music in Cello Performance Pedagogy from Arizona State University. She has substituted with the Phoenix Symphony and Pro Musica Chamber Orchestra of Columbus, Ohio. She has performed with Arizona Opera, Arizona Theatre Company, Phoenix Theatre, and Broadway Palm West Theatre among others. Karen has been in the orchestras for local performances by Moody Blues, Rod Stewart, Clay Aiken, Bob Hope, Dione Warwick, Trans-Syberian Orchestra, Ray Charles and more. She is fortunate to have the opportunity to play in studio work for CD’s, commercials, jingles, promotional materials et. al. Currently, Karen is a member of Allegro Quartet and a teacher in the Mesa Public Schools. She has also performed with the Four Seasons Orchestra and the Four Seasons String Quartet, which was nominated in two Grammy categories for the year 2000. 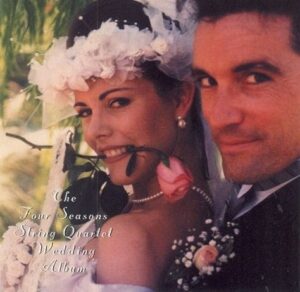 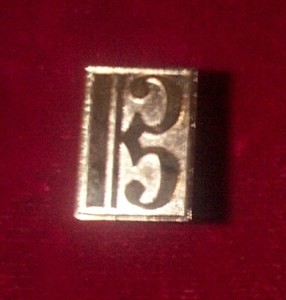